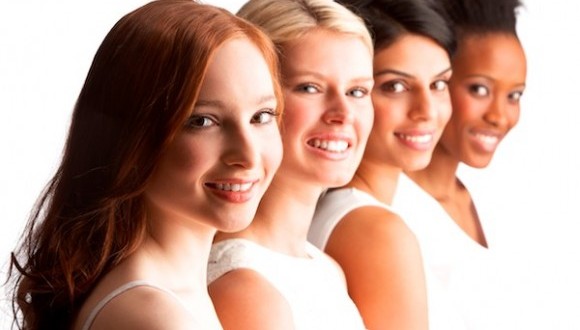 Posted by: admin in SELECTED NEWS, Women Leave a comment

The taller a postmenopausal woman is, the greater her risk for developing cancer, according to a new, large study of American women. Similar results have been found in other Western populations, including in the United Kingdom and Canada, and in Asia.

“There had been several previous studies but there hadn’t been much done in North America,” says Dr. Thomas E. Rohan, chair and professor of epidemiology and population health at Albert Einstein College of Medicine in the Bronx, New York. He’s the senior author of the paper published Thursday in Cancer Epidemiology, Biomarkers & Prevention, a journal of the American Association for Cancer Research.

“We found that there was a strong, significant association between height and cancer risk, both for all cancers combined and for several specific cancer sites,” says Rohan. Those specific cancer sites are colorectum, colon, rectum, breast, endometrium, ovary, kidney, thyroid, melanoma and multiple myeloma.

Each 10 centimeter – about 4 inch – increase in height is associated with a 13 percent increase in overall cancer risk, according to his group’s analysis of 144,701 women aged 50 to 79 participating in the Women’s Health Initiative, a major, long-term research program established by the National Institutes of Health in 1991.

Rohan and his colleagues adjusted for other known risk factors, such as body weight, ethnicity, smoking, alcohol intake, cancer screening, and hormone therapy use. In fact, the study is one of the more detailed of its kind to confirm that being tall independently raises a person’s chances of developing cancer.

“This study is in women, our study was in women, but when we looked at studies of men as well, it is very similar,” says Dr. Jane Green, a clinical epidemiologist at the University of Oxford, England and the lead author of the largest study to date of the link between height and cancer.

Being tall may raise a person’s chances of developing cancer simply because taller people have more cells, and cells can mutate as they divide, which can lead to cancer, say researchers. But that explanation is “not really of further scientific interest” says Green because it doesn’t give any insight into the actual process of how cancer develops.

Instead, researchers focus on other possible factors, such as genetics. “Eighty percent of the variation in height in Western populations is estimated to be determined by genetics,” according to today’s study. Those genes might have something to do with cancer development as well.

Rohan would like to see future studies examine the genes associated with height to see if there is a cancer link. In addition, he says, research studies that have recruited individuals at a young age may eventually “help us to understand whether nutrition in early life is contributing to cancer risk.”

In the meantime, tall people should not worry about their cancer risk, says Green. The association of height with cancer risk is significant but “modest,” she says, and being tall actually carries a lower risk of some other diseases, such as heart disease and stroke.

“You’ve got to look at the bigger picture,” says Green.

Taller women more likely to get cancer, large study finds
The taller a postmenopausal woman is, the greater her risk for developing cancer, according to a new, large study of American women. Similar results have been found in other Western populations, including in the United Kingdom and Canada, and in Asia. “There had been several previous studies but there hadn’t been much done in North ...