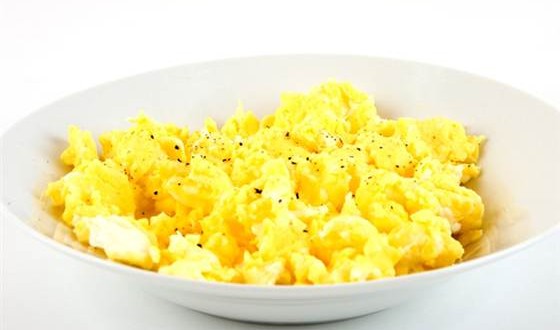 Skipping breakfast and heart disease: Not so simple

Men: Did you skip breakfast this morning? Guys who regularly skip their morning meal may have an increased risk of heart disease, according to a new study by Harvard School of Public Health researchers.

It’s an eye-catching finding from some of the nation’s top researchers, published Monday in the journal Circulation. But the study does have some big limitations: For one, it’s important to note that simply grabbing breakfast – any breakfast at all, even if it’s something unhealthy like a doughnut – is not enough to protect your heart health. And eating breakfast is just one of many healthy habits associated with a stronger ticker.

In this study, researchers examined food frequency questionnaires (surveys determined to estimate actual food intake), and monitored the health of 26,902 male health professionals over 16 years, from 1992 to 2008. When the surveys started, the men were between 45 and 82 years old.

The study found that men who skipped breakfast had a 27 percent higher risk of heart attack or death from coronary heart disease than those who reported they ate breakfast. So does that mean eating breakfast can lower the risk of heart disease? It’s not that simple – let’s take a closer look.

Of the more than 26,000 men in the study, only around 3,400 were self-reported breakfast skippers. And study participants were only asked once – at the start of the study – if they were breakfast eaters.

While the men did report on their food frequency throughout the 16-year period, they were never asked again if they were breakfast eaters. This fact alone limits the impact of the findings, as the assumption is that eating habits remained the same for the entire 16-year study period. It is also quite likely that some fraction of both the breakfast eaters and breakfast skippers changed their eating behavior.

Another key finding was that men who reported “eating late at night” had a 55 percent higher coronary heart disease risk compared to those who didn’t, but the subgroup of participants was very small, just 313 men, or about 2 percent. This small number, acknowledged by the authors, is not convincing evidence alone of increased risk.

Some associations remained confounded when compared. While cardiovascular risk appeared to go up in the breakfast-skippers, the data also found that risk was reduced with eating fewer times a day. For those self-reporting one to two meals a day (likely skipping breakfast, or even two meals each day), their risk was less compared to those reporting eating six times a day.

And when accounting for factors like body mass index, smoking, alcohol consumption and other factors, the findings were mostly attenuated, and the connection between breakfast intake and cardiovascular risk was no longer meaningful.

This study supports the concept that cardiovascular risk factors might be modified by a variety of lifestyle factors – and eating breakfast is one factor that might impact on reducing the risk of heart disease.

The important health message is that it’s not just when you eat, but what you eat. A calorie-controlled breakfast of lean protein, some fruit and/or whole grain, for example, can be a health plus. If you’re eating around 2,000 calories a day, you could consume anywhere from 200 to about 600 calories in the morning, depending on how you like to eat during the day. This could be a skim milk latte, a bowl of steel cut oats with fruit and nuts, or scrambled eggs or a egg-white omelet with veggies. Grabbing a high calorie, low nutrient breakfast, on the other hand, is not a health plus.

Apart from breakfast, you can also keep your heart healthier by staying at a healthy BMI, taking a 20 to 30 minute brisk walk every day, moderating your stress level, drinking in moderation and, if you smoke, quitting.

Adding breakfast to your day alone will not reduce your risk of heart disease. But it might be a wake-up call, and a good reminder to keep healthy eating on track for the whole day.

Skipping breakfast and heart disease: Not so simple
Men: Did you skip breakfast this morning? Guys who regularly skip their morning meal may have an increased risk of heart disease, according to a new study by Harvard School of Public Health researchers. It’s an eye-catching finding from some of the nation’s top researchers, published Monday in the journal Circulation. But the study does ...