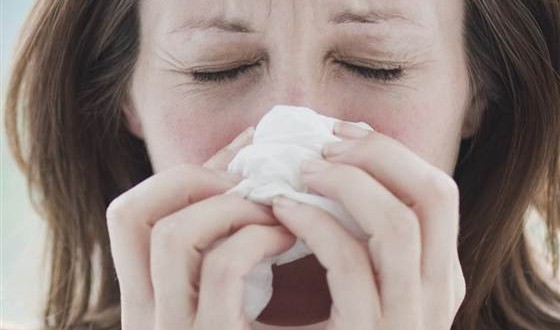 Sinus problems? A dose of ‘good’ bacteria may help

Some chronic sinus problems may be caused by a depletion of “good” bacteria and the presence of “bad” bacteria in the sinuses, a new study says.

The findings suggest adding back some of these good bacteria to the sinuses may help treat the condition, analogous to the way probiotics may treat certain intestinal problems.

In the study, the researchers analyzed the populations of bacteria present in the sinuses of 10 people with chronic sinus problems, known as chronic rhinosinusitis, and 10 healthy people. They identified the bacteria species by looking at their genes.

People with chronic sinus problems had fewer types of bacteria in their sinuses compared with healthy people, and a significant reduction in bacteria that produce lactic acid. In addition, they had an increase in a bacteria species called C. tuberculostearicum.

When the researchers gave mice antibiotics to eliminate the normal bacteria in their sinuses, and then gave them C. tuberculostearicum, the mice developed symptoms of chronic rhinosinusitis.

However, mice that received the lactic acid bacteria L. sakei in addition to C. tuberculostearicum did not develop symptoms of chronic rhinosinusitis.

The findings add to a growing body of research showing that the bacterial community in the human body as a whole, and not the presence of a single harmful species, is responsible for the development of certain diseases, the researchers said.

The findings also suggest L. sakei could be used to treat or prevention of chronic sinus problems, the researchers said.

The study is published Sept. 12 in the journal Science Translational Medicine.

Although C. tuberculostearicum on its own has not been considered to be a harmful organism, the new findings suggest it has a role in the development of sinus problems.C. tuberculostearicum may become problematic only when the normal bacterial population of the sinuses undergoes a change, the researchers said.

A change in sinus bacteria may occur after a viral infection, or when a patient is given antibiotics.

Patients commonly receive antibiotics for sinus infections, but the findings suggest a more appropriate therapy would be providing them with “good” bacteria, the researchers said.

Because the study was small, further research is needed to confirm the results. In addition, all sinus patients in the study had severe disease, and were undergoing surgery for their condition. It’s possible that other people with sinus problems have different bacteria or fungal infections, the researchers said.

Other causes of chronic sinus problems include nasal tumors, allergic reactions or complications of immune system diseases, according to the Mayo Clinic.

Sinus problems? A dose of ‘good’ bacteria may help
Some chronic sinus problems may be caused by a depletion of “good” bacteria and the presence of “bad” bacteria in the sinuses, a new study says. The findings suggest adding back some of these good bacteria to the sinuses may help treat the condition, analogous to the way probiotics may treat certain intestinal problems. In ...

0
User Rating: Be the first one !
0
2013-10-25
admin
Share !
Previous: An aspirin every other day cuts colon cancer risk for women, study says
Next: Can some asthma patients skip the daily inhaler?