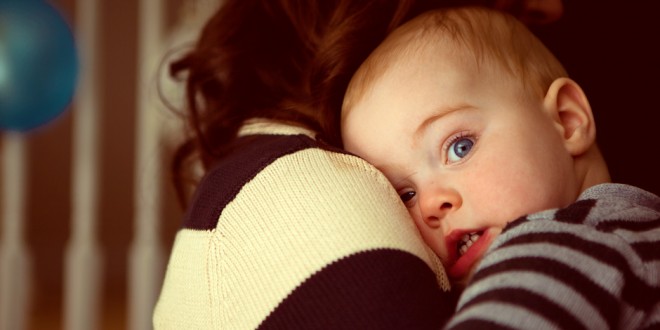 Posted by: admin in SELECTED NEWS, Women Leave a comment

Mmm, you smell so good, I could eat you up! Any parent who has snuggled a newborn baby knows the powerful feelings evoked from smelling that fresh, warm little head. A new study from University of Montreal scientists explains why new baby smell is so delicious.

From the moment she first held her newborn, Diana Flower was captivated by the baby’s smell. It got into her head and stayed with her wherever she went, even after she started back to work part time.

“I couldn’t tell you what she smells like,” Flower says. “But it’s emblazoned in my memory. I can call it up when I’m not with her and it gives me such a happy, relaxed feeling. It’s visceral, almost like you took a muscle relaxer. It feels like it releases some sort of drug.”

The scent of a newborn baby really does tap right into the pleasure centers of a woman’s brain, whether the smell comes from her own baby or someone else’s, scientists have discovered. The new findings have been described in a study just published in Frontiers in Psychology.

“These are the areas of the brain that are activated if you are very hungry and you finally get something to eat or if you are a drug addict and you finally get the drug you were craving,” says study co-author Johannes Frasnelli, a postdoctoral researcher and lecturer in the department of psychology at the University of Montreal.

“Apparently nature has provided us with a tool that helps with the bonding between a mother and her newborn child. It’s very strong.”

To look at how a newborn’s smell affects the brain, an international team of scientists rounded up 30 women, 15 of whom had given birth three to six weeks earlier. The other 15 had never had a baby.

While the women were in a brain scanner, the scientists presented them with either the scent of a newborn baby or just fresh air. The researchers captured ‘essence of newborn’ by taking t-shirts that babies had worn for two days and then freezing them in plastic bags until the scent was needed for the experiment.

We’ve most likely evolved to respond that way because the birth of a baby shakes up the world of any new parent, Frasnelli says. The helpless baby needs some way to make grownups care.

“A mother with her first child goes from living life in a couple to all of a sudden having to care for a little human being who cries whenever it wants and whom you have to clean up after. It’s a big, big disturbance. It could be seen as something unpleasant, and yet most parents get pleasure from it.”

The researchers haven’t looked at the impact of newborn scent on dads, but Frasnelli suspects fathers’ brains will also react.

“From my personal perspective, the body odor of babies is something I also like a lot,” he says. “When you cuddle and get close to them, they smell very good.”

It makes perfect sense that we’re programmed to respond to baby scents in this way, says Diane Sanford a psychologist who specializes in maternal-child health and a co-author of “Life Will Never Be the Same: The Real Mom’s Postpartum Survival Guide.”

“For those first few months babies are mostly just needing to be cared for and we don’t get much positive feedback from them,” Sanford says. “So the fact that the pleasure centers are activated makes it more rewarding at a time when parenthood is very intensive and depleting. Our little receptors are lighting up and we have good feelings to offset all the hard work and exhaustion.”

That special scent buoys parents until the baby has other pleasures to offer, Sanford says.

“It’s great that babies start smiling when they’re a couple of months old, when most parents are worn out and not much positive is coming back to them,” she explains. “Then the kid smiles, and oh my gosh, it’s the best thing in the world.”

Sanford suspects that something switches on during pregnancy and delivery, which would explain why the brains of new moms sparked so much more brightly than those of women who’d never had a child.

New baby smell creates ‘very strong’ bond in mom’s brain, study finds
Mmm, you smell so good, I could eat you up! Any parent who has snuggled a newborn baby knows the powerful feelings evoked from smelling that fresh, warm little head. A new study from University of Montreal scientists explains why new baby smell is so delicious. From the moment she first held her newborn, Diana ...

0
User Rating: Be the first one !
0
2013-10-25
admin
Share !
Previous: Could your belly prevent you from getting a job?
Next: Skipping breakfast and heart disease: Not so simple