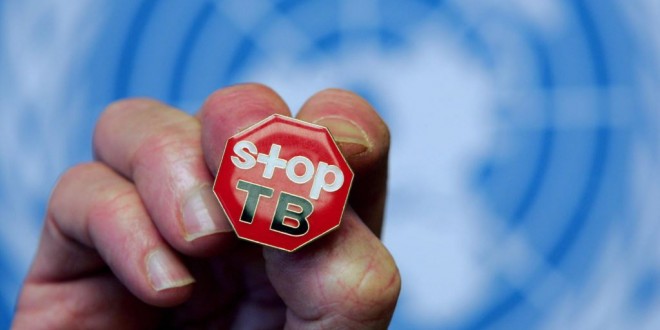 GENEVA — The World Health Organization says millions fewer people are dying and falling ill from tuberculosis due to successful diagnostic and treatment programs.

Published Wednesday, the U.N. group’s “Global Tuberculosis Report 2013″ warns that many of these gains risk being lost if multi-drug resistant TB is not brought under control.

While 8.6 million people fell ill with tuberculosis in 2012, of whom 1.3 million died — including 320,000 deaths who were HIV-positive — WHO considers these numbers to be too high, but notes they indicate steady progress in the fight to control TB.

According to the report, the number of people dying from this infectious, airborne disease has been reduced by 45 percent since 1990, and treatments have saved more than 22 million people since 1995, putting the world on track to meet the U.N. Millennium Development Goal of cutting TB deaths by half in 2015.

Despite the good news, however, WHO warns that the world stands to lose all gains made in TB control if it does not address the growing problem of multi-drug resistant TB, or MDR-TB.

Dr. Karin Weyer, coordinator of laboratories, diagnostics and drug resistance in WHO’s Global TB Program, says a second challenge is to find roughly three million people with TB who were “missed” by health systems, either because they were not diagnosed or their cases went unreported.

“Since MDR-TB is an airborne disease, if we fail to detect and treat these cases, it has, of course, serious consequences for patients, but also for societies and communities,” she says, explaining that three-quarters of the estimated 450,000 MDR-TB cases are going undiagnosed annually. “What we have seen in 2012 has been a very worrying trend. We have seen some increases in diagnosis of MDR cases…but, what we have also seen is that cases are increasingly not being put on treatment.”

WHO says China, India and the Russian Federation have the highest burden of MDR-TB, followed by 24 other countries. Many patients are discouraged from following the 24-month course of treatment because it is very lengthy, costly and has a number of bad side effects.

The report finds 22 high TB burden countries account for about 80 percent of the world’s TB cases. It also says seven of these countries have met all 2015 MDG targets for reducing the incidence, prevalence and mortality in TB, while four others are on track to do so by 2015.

Weyer says Africa is one of the regions not on track to meet the 2015 MDG targets.

“I think if Africa can manage to get the TB problem under control and prevent drug-resistant TB, we can prevent a situation similar to that in Eastern Europe,” she says. “It is partly for that reason that we are really pushing the African countries to make sure that they prevent MDR-TB, because if they are faced with an MDR epidemic that coincides with an HIV epidemic, it really will be a disaster.”

The World Health Organization says it is at a crucial point in its global TB control program. It is urging the international community to provide $2 billion to close the funding gap needed to fight this disease and prevent a reversal of all the gains made in the fight against TB.

Multi-Drug Resistance Puts TB Control at Risk
GENEVA — The World Health Organization says millions fewer people are dying and falling ill from tuberculosis due to successful diagnostic and treatment programs. Published Wednesday, the U.N. group’s “Global Tuberculosis Report 2013″ warns that many of these gains risk being lost if multi-drug resistant TB is not brought under control. While 8.6 million people ...