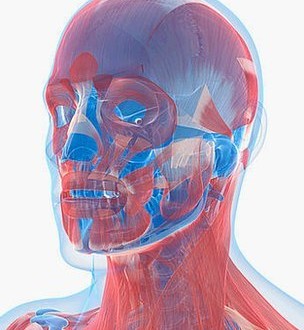 Scientists are starting to understand why one person’s face can look so different from another’s.

Working on mice, researchers have identified thousands of small regions of DNA that influence the way facial features develop.

The findings, published in Science, could also help researchers to learn how facial birth defects arise.

The researchers said that although the work was carried out on animals, the human face was likely to develop in the same way.

Professor Axel Visel, from the Joint Genome Institute at the Lawrence Berkeley National Laboratory in California, told BBC News: “We’re trying to find out how these instructions for building the human face are embedded in human DNA.

“Somewhere in there there must be that blueprint that defines what our face looks like.”

The international team has found more than 4,000 “enhancers” in the mouse genome that appear to play a role in facial appearance.

These short stretches of DNA act like switches, turning genes on and off. And for 200 of these, the researchers have identified how and where they work in developing mice.

Prof Visel said: “In the mouse embryos we can see where exactly, as the face develops, this switch turns on the gene that it controls.” 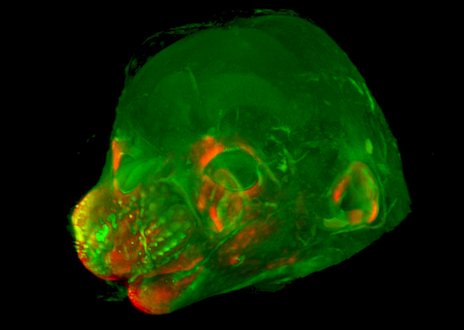 Transgenic mice revealed how genes affected the face during development

The scientists also looked at what happened when three of these genetic switches were removed from mice.

“These mice looked pretty normal, but it is really hard for humans to see differences in the face of mice,” explained Prof Visel.

“The way we can get around this is to use CT scans to study the shapes of the skulls of these mice. We take them and scan their heads. then we can measure the shape of the skull of these mice and we can do this in a very precise way.”

By comparing the transgenic mice with unmodified mice, the researchers found that the changes were very subtle. However some mice developed longer or shorter skulls, while others have wider or narrower faces.

“What this really tells us is that this particular switch also plays a role in development of the skull and can affect what exactly the skull looks like,” he explained.

Understanding this could also help to reveal why and how things can go wrong as embryos develop in the womb, leading to facial birth defects.

Prof Visel said: “There are many kinds of craniofacial birth defects; cleft of the lip and palate are the most common ones.

“And they have severe implications for the kids that are affected. They affect feeding, speech, breathing, they can require extensive surgery and they have psychological implications.”

While some of these are caused by genetic mutations, the researchers want to understand how the genetic switches interact.

Professor Visel added that scientists were just at the beginning of understanding the processes that shape the face, but their early results suggested it was an extremely complex process.

He said it was unlikely in the near future that DNA could be used to predict someone’s exact appearance, or that parents could alter genetic material to change the way a baby looks.

Light shed on how genes shape face
Scientists are starting to understand why one person’s face can look so different from another’s. Working on mice, researchers have identified thousands of small regions of DNA that influence the way facial features develop. The study also shows that tweaks to genetic material can subtly alter face shape. The findings, published in Science, could also ...