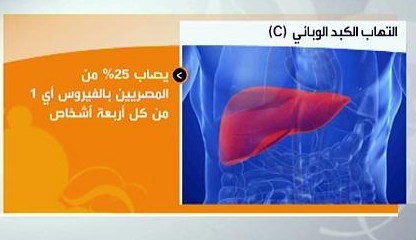 [CAIRO] An Egyptian research team has won a prize for developing a hepatitis C test using gold nanoparticles. The test could become a cheap and rapid way to screen people and blood banks for the virus.

Hassan Azzazy, chair of the chemistry department at The American University in Cairo (AUC), and his team, won third place at the Intel Global Challenge held at the University of California, Berkeley, in the United States, last month (7–10 November) winning US$10,000.

“Nanoparticles are promising tools for developing the next generation of diagnostic assays because of their unique properties,” Azzazy told SciDev.Net. He said gold nanoparticles exhibit a phenomenon known as surface plasmon resonance, which causes them to change colour from an intense red to blue when they aggregate. The test works by adding a target agent that binds to viral genetic material, forcing the nanoparticles to aggregate and turning the solution blue.

Azzazy said that “conventional detection of active hepatitis C generally requires two tests that take from three to four days and cost about US$78 per sample, while the nanogold test can generate similar results in less than one hour and for one-tenth of the cost. One gram of gold tetrachloride costs US$260 and is enough for 10,000 samples.”

According to the WHO, hepatitis C infects 200 million people worldwide, but is especially prevalent in the Middle East and North Africa (MENA) with about 9.2 million individuals infected. For most MENA countries, the prevalence is between one and two per cent; the exception is Egypt where estimated prevalence is 14 per cent for adults aged 15–60.

“Early identification and treatment of infected patients is critical to reducing transmission of the disease, and a fast and relatively cheap new assay will be of great help,” said Hala Gabr, professor of haematology at Cairo University.

Amr Abul-Fotouh, lecturer in tropical medicine and hepatology at Cairo University, added: “Although the nanogold test is a good one, it is not quantitative so it cannot be used to treat and follow up patients, as this needs the quantity of the virus to be detected by a PCR [polymerase chain reaction] test”.

He pointed out that the new assay could be used in blood banks to check for hepatitis C. “We have seen that about 20 per cent of Egyptian blood donors test positive for the virus,” he said.

Sherif Shawky, a doctoral fellow at AUC, and a member of the research team, told SciDev.Net that the technology can be adapted for detecting other infectious agents such as tuberculosis, and for use as cancer biomarkers. A spin-off company, NanoDiagX, has been set up to develop these bio-nanotechnology platforms.

Hepatitis C : Researchers strike gold with nanoparticle virus test
[CAIRO] An Egyptian research team has won a prize for developing a hepatitis C test using gold nanoparticles. The test could become a cheap and rapid way to screen people and blood banks for the virus. Hassan Azzazy, chair of the chemistry department at The American University in Cairo (AUC), and his team, won third ...

0
User Rating: Be the first one !
0
2011-12-28
admin
Share !
Next: Egypt NGO statement to The Committee on the Elimination of Discrimination against women “CEDAW”