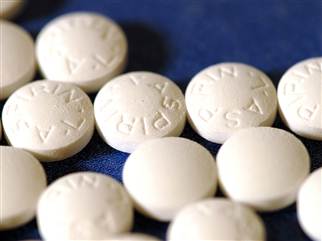 An aspirin every other day cuts colon cancer risk for women, study says

For women, an aspirin every other day may keep colon cancer away, a new study suggests.

Women who took low dose aspirin on alternate days for 18 years saw a 20 percent drop in their risk of developing colon cancer, according to the study published in the Annals of Internal Medicine.

The new report, based on data from the Women’s Health Study, followed more than 30,000 women, half of whom were randomized to take aspirin every other day, while the other half received placebo treatments.

Although other studies have shown a reduction in the risk for colon cancer in men, this is the first study that looked at the issue prospectively in women.

“This study provides some surprising new information since it wasn’t thought that such a low dose, especially every other day, would have an effect on cancer,” said Nancy Cook, the lead author of the study and a professor in the department of medicine at Brigham and Women’s Hospital and Harvard Medical School.

At the beginning of the study, 39,876 female health-care providers aged 45 and older signed on to take part in the study. Eighteen years later, some had dropped out leaving 16,913 in the aspirin group and 16,769 in the placebo group.

Cook and her colleagues first looked the data at the 10 year mark – at that point there was no difference in the risk of cancer between those taking aspirin and those taking placebo.

“A 20 percent risk reduction translated across the entire United States is a fairly substantial number,” said Dr. Bruce Giantonio, an associate professor of medicine at the Abramson Cancer Center of the University of Pennsylvania.

Experts said that the reason it took so long to see an effect is that colon cancer grows so slowly.

Neither Cook nor Giantonio are ready to recommend aspirin therapy to all women. That’s because the drug comes with some side effects, such as gastrointestinal bleeding and a very slight increase in the risk for brain bleeds, which was offset by a slight decrease in the risk of another kind of stroke.

Women with a family history of the disease might want to talk to their doctors about using aspirin, Cook and Giantonio said.

Dr. Eric Esrailian agreed, adding that he hoped that women wouldn’t decide to make the decision on their own.

“It’s best to have a discussion with your doctors so your care can be tailored to you,” said Esrailian, co-chief of the division of digestive diseases at the David Geffen School of Medicine at the University of California, Los Angeles. “Over the counter medications are not benign. While some women might be at a lower risk to take medications like aspirin, others might be more prone to GI bleeding or other side effects.”

Another question left unanswered by the new study is whether medications similar in action to aspirin – non-steroidal-anti-inflammatory drugs – might have a similar impact. There is evidence from other studies to suggest that aspirin and NSAIDs all might affect cancer in the same way, Esrailian said.

Giantonio hopes people don’t take the wrong message from the new study. “People taking aspirin or NSAIDs shouldn’t interpret these findings as meaning they can avoid screening,” he said. “I think there’s going to be a temptation to do that, but you still have to follow the recommendations.”

0
User Rating: Be the first one !
0
2013-10-25
admin
Share !
Previous: Much breast milk bought online is contaminated, analysis shows
Next: Sinus problems? A dose of ‘good’ bacteria may help